San Jose is the gateway to Costa Rica's famous destinations.

No matter where your final destination is in Costa Rica, you'll most likely be transiting through San Jose at some point.

And while the Capital is as pretty as it is exciting, there is a thriving vegan scene that makes San Jose worth a short stop... even if only for a bite.

Where to stay in San Jose?


Vegans looking for a good place to stay in San Jose will find Downtown and Escalate to hold the most vegan options nearby.

I based for a week Downtown, and while the streets were seedy, I had many of the best vegan restaurants at my doorstep.

Escalante is known for its hipster vibe, and there are a number of vegan restaurants popping up in the area that are must-visits.

How long do you need in San Jose?

With little to do, I filled my time up with eating the best vegano food San Jose had to offer - and I wasn't disappointed.

If you're coming to San Jose, I'd say two days is more than enough.

I cannot speak on behalf of everywhere in San Jose. But staying Downtown gets sketchy when it gets dark. There is a huge homeless population, prostitutes, and generally an eerie vibe.

I spoke to the staff at Rojo Cafe, who told me, while it's generally pretty safe, to not stay out past 9pm.

Like anywhere, keep your wits about you. Don't attract attention, and try to blend in.

If you're like me, your favorite places to eat are the local hole-in-the-wall restaurants that serve up cheap meals that always end up the tastiest.

As vegan travelers, we're sometimes limited to the depth we can dive into the local food scene. Luckily, Costa Ricans eat a whole lot of rice, beans, lentils and fruits and veggies, which make eating locally in Costa Rica easy for vegans.

On your visit to San Jose, or anywhere in Costa Rica, you'll notice small, almost grungy little restaurants called Sodas. Don't avoid them. Each soda is a little different, but most of the time you can eat delicious meals here which are completely vegan.

When in San Jose, I'd grab breakfast at Soda Petrona below my apartment each morning. I'd simply get rice, beans, fried plantains, and a tortilla. It's a basic combination, but my god it works. 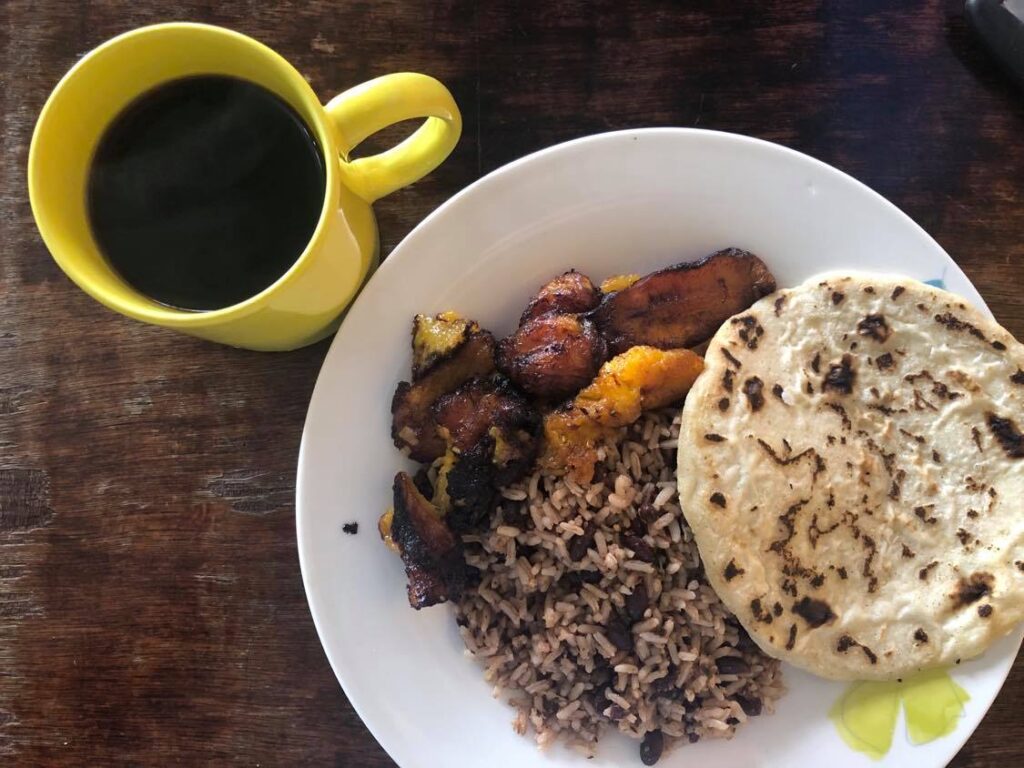 The name of this dish is Casado. In its basic form, this meal is vegan. However, sometimes there is the option to add meat to the meal. 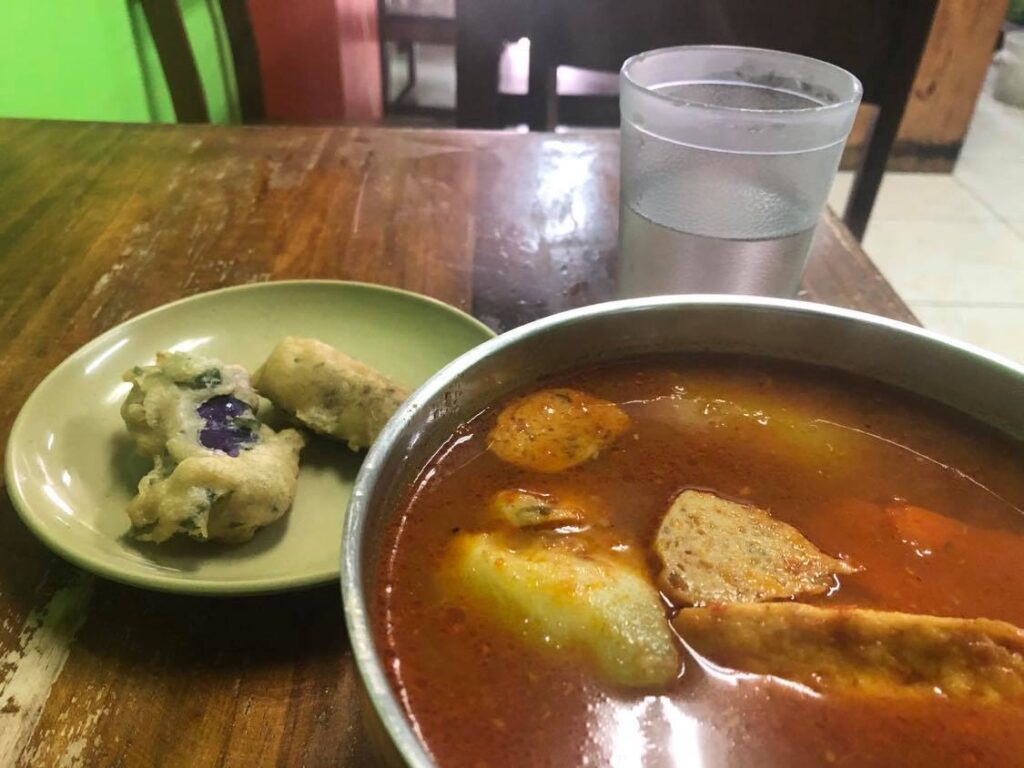 This little vegan restaurant is the reason I love being a vegan traveler.

While most walk past this hole-in-the-wall without a thought, vegans actively seek out this restaurant which holds some of the best vegan food in San Jose.

This place is the opposite of flashy. The restaurant is unmarked since its sign faded away. Inside is small, grungy and the menu is bear. However, don't let that dissuade you from eating here. The portions are huge and the flavors incredible.

Susbida was my favorite vegan find in San Jose. Don't miss it.

What to expect: Cool vibes, spacious, and plants everywhere. 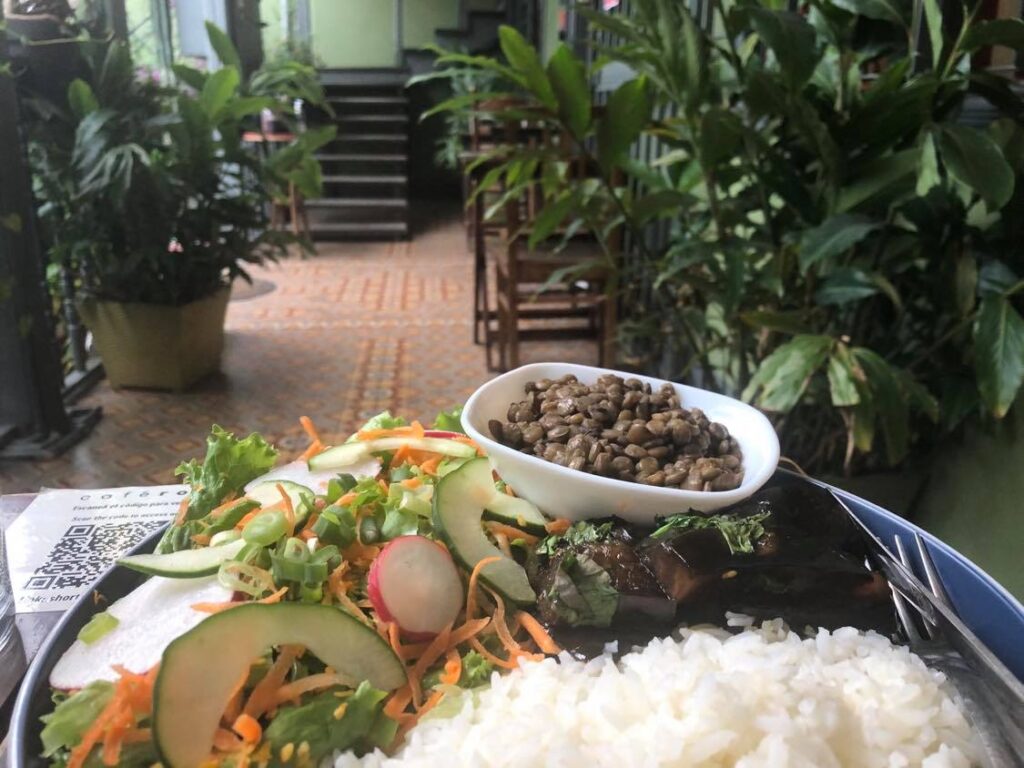 This was one of the first cafes I stumbled upon in San Jose, as the cafe was located just a block from my accommodation.

The half-vegan cafe is full of plants, art, and old-school architecture. The staff are super friendly and speak English well.

Rojo Cafe specializes in Vietnamese-Costa Rican fusion - Yes, you heard that right. If you're like me and had no idea what that even means, be sure to check it out - you won't regret their Pho or Bahm Mi.

The vegan-friendly cafe also has vegan pastries and desserts if you have a plant-based sweet tooth.

Rojo Cafe is one of the best vegan cafes in San Jose.

What to expect: Some of San Jose's finest vegan junk food. 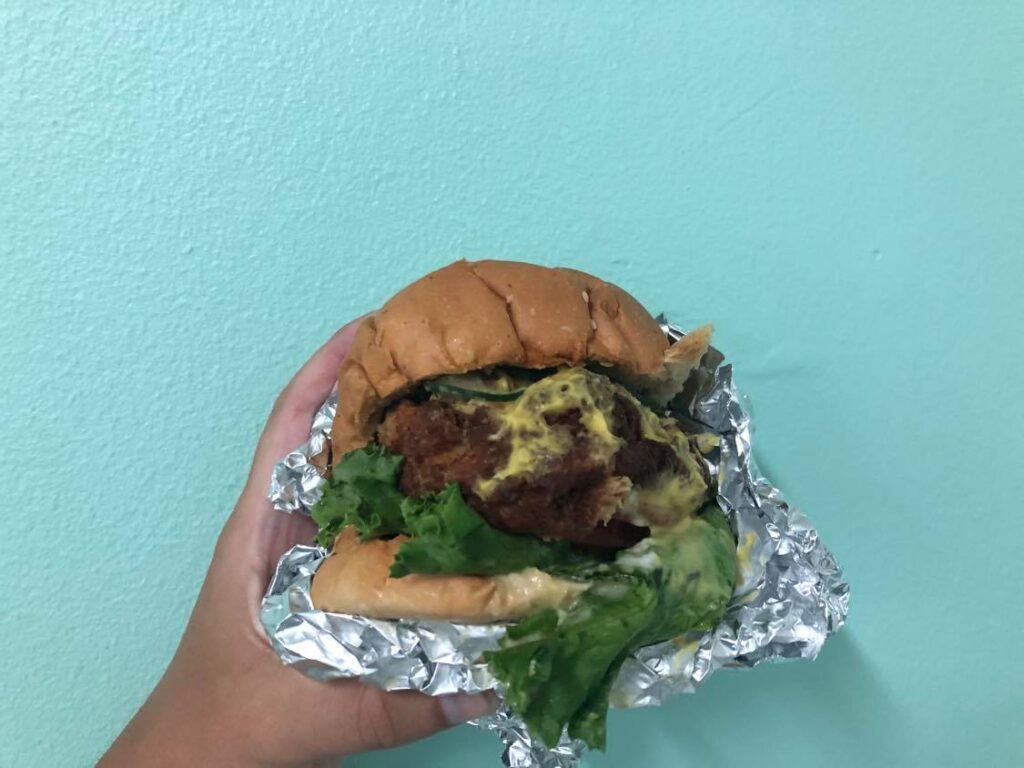 This vegan restaurant knows how to do food. And it does vegan food as good as anyone in San Jose.

I ordered the Crispy Cheddar Vegan Chick'n and it did not disappoint. It was one of the best burgers I've had in a while, and also one of the biggest!

What to expect: To satisfy those vegan brunch cravings. 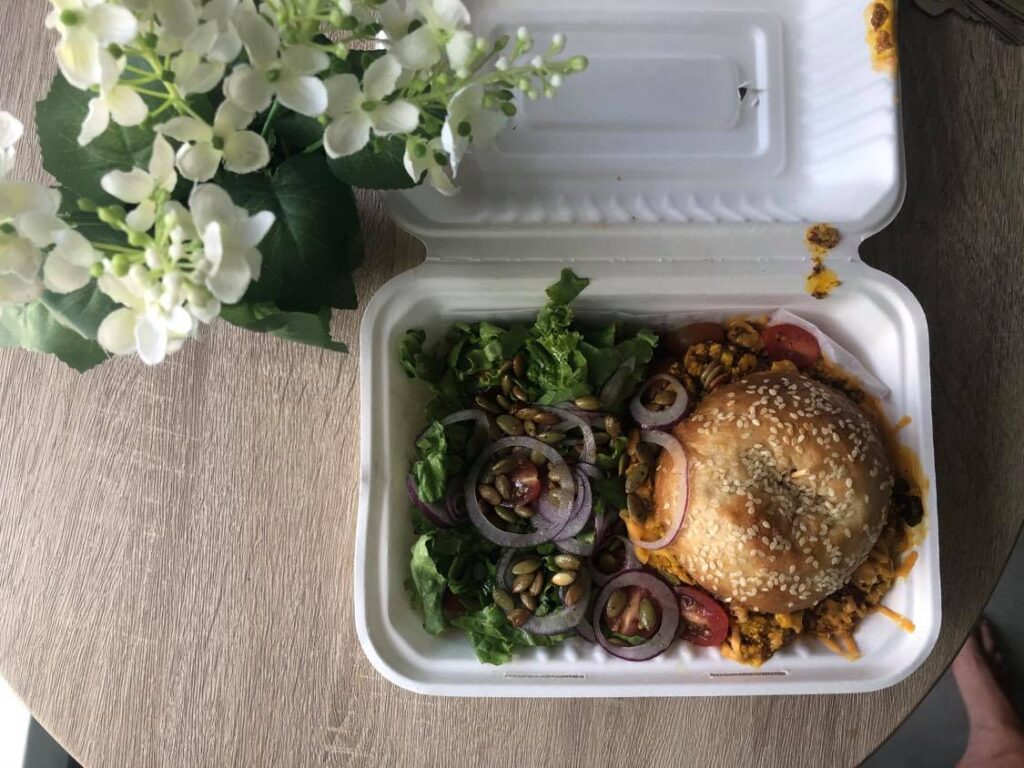 This was another food delivery I ordered while in San Jose.

The 100% vegan restaurant is known for their delicious vegan desserts and cakes. Gia Vegan Pastries also have a great vegan brunch menu, which caught my eye.

I opted for the BEC Bagel, which is a bagel with tofu scramble inside. While my photo may not do it justice, it was very tasty.

What currency is used in Costa Rica?

Both local colones and the US dollar can be used in Costa Rica. Most ATMs can withdraw both currencies, however, don't let this fool you. Using USD might seem more convenient, but it comes with many disadvantages.

15 best things to do in Monteverde

Traveling to Costa RIca amid COVID

Hey there! We're Jase and Ashley, avid vegan travelers and wandering remote workers on a mission to map out a vegan world. We have plenty of travel & vegan guides to learn, share, and inspire while you're on the road.
Learn more on our About Page.