I remember when the virus first felt real. I'd been relatively off the grid, traveling around Sri Lanka in a tuktuk, with my girlfriend Ashley.

We'd all but unplugged while away, but news flooded in soon enough and we quickly realized we were in trouble should cases start popping up in Sri Lanka. 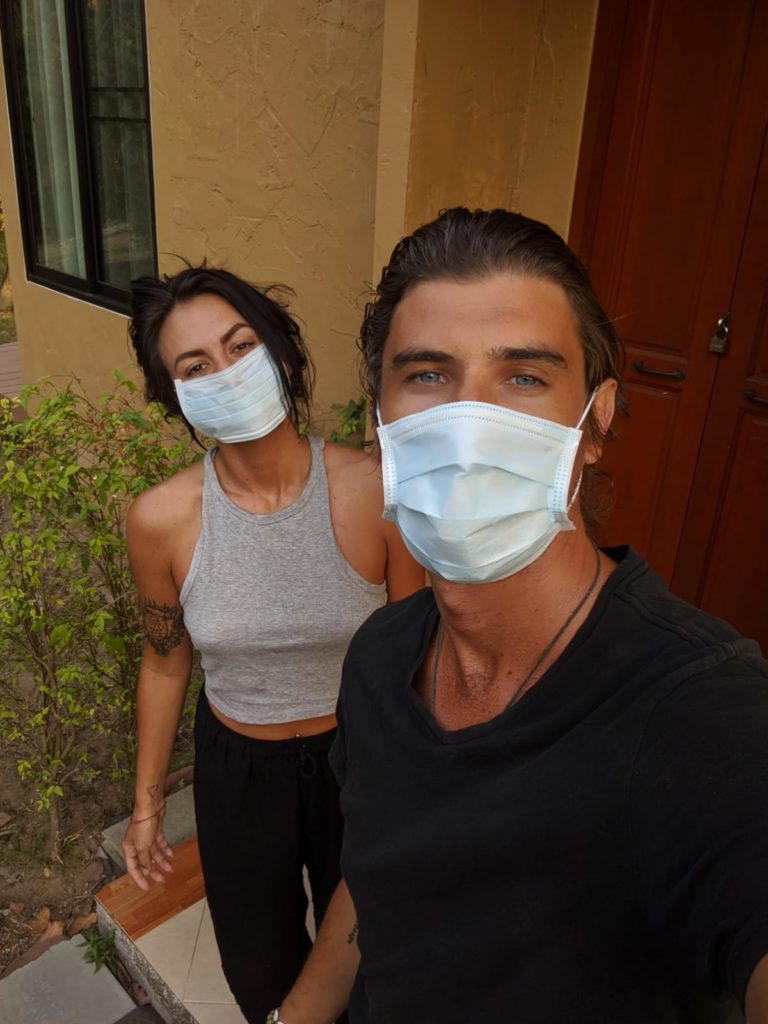 As remote workers, we were used to having the world open to us, except now there was nowhere to go.

We boarded a flight to the safest, and closest, haven we could think of: Koh Phangan, Thailand.

It was here the world began to lockdown, including Thailand. Curfews were put into place, businesses closed, and even leaving the house for essentials came with a pang of guilt.

You can read what it was like being locked down in Thailand here.

9 Things I Learned While Stranded in Quarantine in Thailand

1. Most Eastern societies unite in adversity, while the west crumbles

While the West selfishly panic-bought essentials and stockpiled toilet roll, here in Thailand, the shelves remained full and no one went without wiping.

While American's complained about suffocating under facemasks while death rates climbed, here in Thailand, there were no complaints, and it was the virus that suffocated under the unity.

In 4 months of quarantine, I didn't see a Thai person openly breaking the rules put in place, but saw countless foreigners outwardly ignoring them.

2. How fortunate I've been to travel

I hate to say I take travel for granted because I try to appreciate how fortunate I've been. However, quarantine opened my eyes further the freedom I've had to up and go whenever I please.

In fact, for the last 4 years, travel has shaped me personally, becoming almost a part of my identity. And when that power was taken away I was left with my real self, not the traveler. And that was confronting.

3. The importance of self-discipline

Both Ashley and I lost a lot of work due to COVID. Weekdays became a blur and weekends lost their magic. We were suddenly thrust unexpectedly into a situation where we had little to do, nowhere to go and in a foreign country.

We could have easily given into late sleep-ins and non-productive days... and we did to an extent. But we made sure to wake early each morning, even if the days would feel that much longer. We made sure to workout each day, even if it meant lifting full water jugs.

I took the time to read positive self-growth books like the 7 Habits of Highly Effective People, which I strongly believe everyone should read at least once in their life.

Enforcing a routine of "must-dos" kept us sane during our quarantine.

4. To appreciate the simple things

While this may sound cliche, quarantine really did make me appreciate the simple things I don't often get to feel thankful for. Things like eating a meal at a restaurant, enjoying the beach, going outside anywhere, I even missed being around other people.

When Thailand started opening back up, I entered each day with a little more awareness of how lucky I was.

5. How little possessions I have

I've never been possession driven. I buy experiences not things, but the pandemic had me itching for material possessions in a way I haven't before.

I travel with two backpacks. Apart from my laptop and work gear, I only carry clothes. This is all I need in normal life, but this unique situation had me wanting something material to distract me. I bought a cheap guitar at a local music store before the mandatory closures, which became a lifesaver.

6. How important work is

Of course, I knew how important work was prior to the pandemic, but it was always looked at from a financial angle. The mental stimulation and route that forms around work is key to keeping me active, on my toes, and mentally stimulated - not just financially secure.

7. To cut out coffee and booze

It's been a cringy cliche of the pandemic lockdowns: people drinking more and often.

Sure, it's easy to drink more alcohol in quarantine, but when Thailand enforced an alcohol ban, I decided to use the opportunity to also cut out coffee. You can read more about the effects of coffee in: Caffeine Blues: Wake Up to the Hidden Dangers of America's #1 Drug.

I went for 3 months without alcohol and coffee and I felt amazing. My sleep improved, anxiety levels dropped, and I felt all-around more healthy.

8. I constantly rely on things to look forward to

I don't know where this developed, but I learned I'm often looking ahead for something better, which keeps me out of the present.

Quarantine put a block on that. Suddenly I was powerless to control my own future. I realized the importance to live within the moment, appreciate the now, and find contentment in just living. Read more about living in the now in: The Power of Now: A Guide to Spiritual Enlightenment.

9. How fragile the system is

I spent my entire life feeling secure in a system that was brought to its knees in a couple of months. Jobs disappeared in a flash, countries closed their doors, travel all but ended. Entire countries were not allowed to leave their homes. Everything I'd known was crashing before and it was scary.

I learned a lot about the illusion of security we're all signed up for. This isn't something to be worried about, but to enjoy the ride while it lasts.

Living a pandemic twice: Thailand vs the usa

Traveling internationally in a pandemic