We landed into Thailand days before the country went into strict lockdown.

The coronavirus pandemic was spreading fast worldwide. I'd been based in Sri Lanka for 2 months with my girlfriend Ashley, but sensing imminent lockdowns, we needed to get somewhere close, and with better healthcare, should a health crisis break out.

When Thailand announced its lockdown, uncertainty and paranoia took hold. 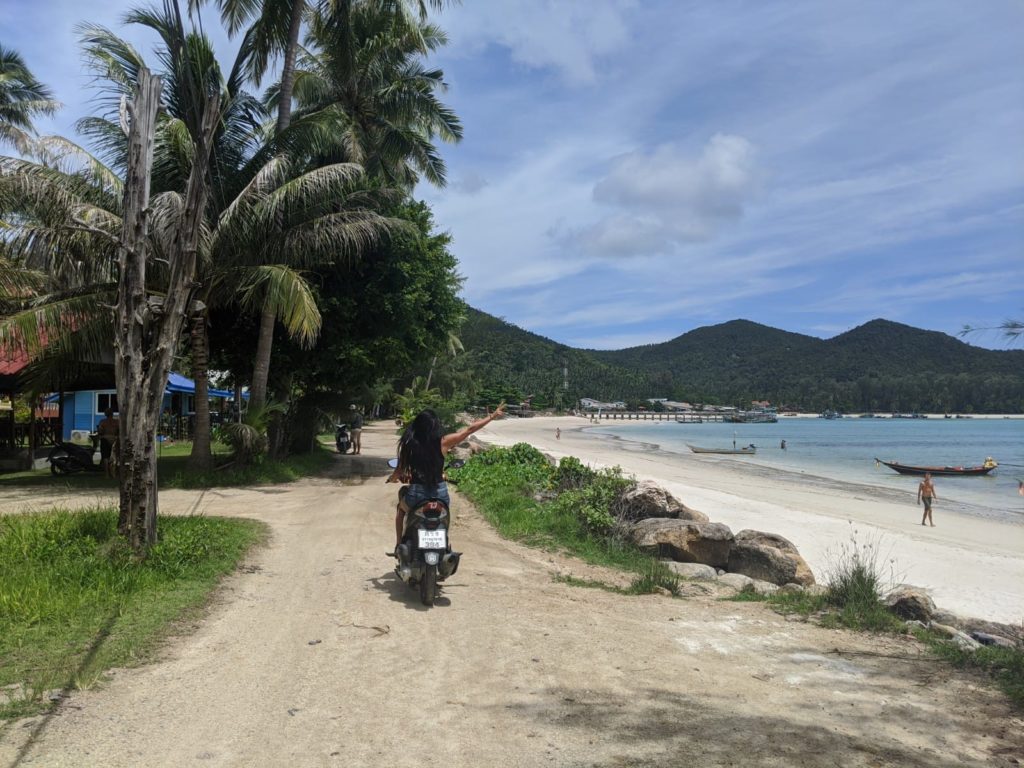 Locked down in Thailand

We chose to hunker down on the small island of Koh Phangan in the Gulf of Thailand.

Thailand closed its borders, and so did neighboring countries. We had limited time in Thailand, and with the world in lockdown, we were helpless at what to do once our visa expired.

The Thai government wasn't clear how it would handle stranded foreigners. Tension grew over the following weeks for visa-holders on the island wondering what the consequences would be for overstays.

As there was a travel ban and no immigration office on the island, officials were sent to Koh Phangan to deal with the immigration crisis starting to form.

Every foreigner had to attend a makeshift visa office on the same day. We lined up with hundreds of others in what was shockingly off-key to the social distancing tune the Thai government had been singing.

Reports of the close-quartered mass gatherings must have hit government officials because within 24 hours there was a major government announcement. All foreigners whose visas expire March 26 onward were granted visa amnesty until July 31.

It felt like every foreigner on the island took a simultaneous sigh of relief.

From that moment forward, the Thai government didn't waste any time implementing strict measures to prevent further spread of Covid-19. And, witnessing it first-hand, we have to give it to them, it worked.

We rented a jungle bungalow on a monthly basis, bought a guitar, high-quality facemasks, and stocked up on essential foods we could cook at home.

Some of the measures that came into effect were: 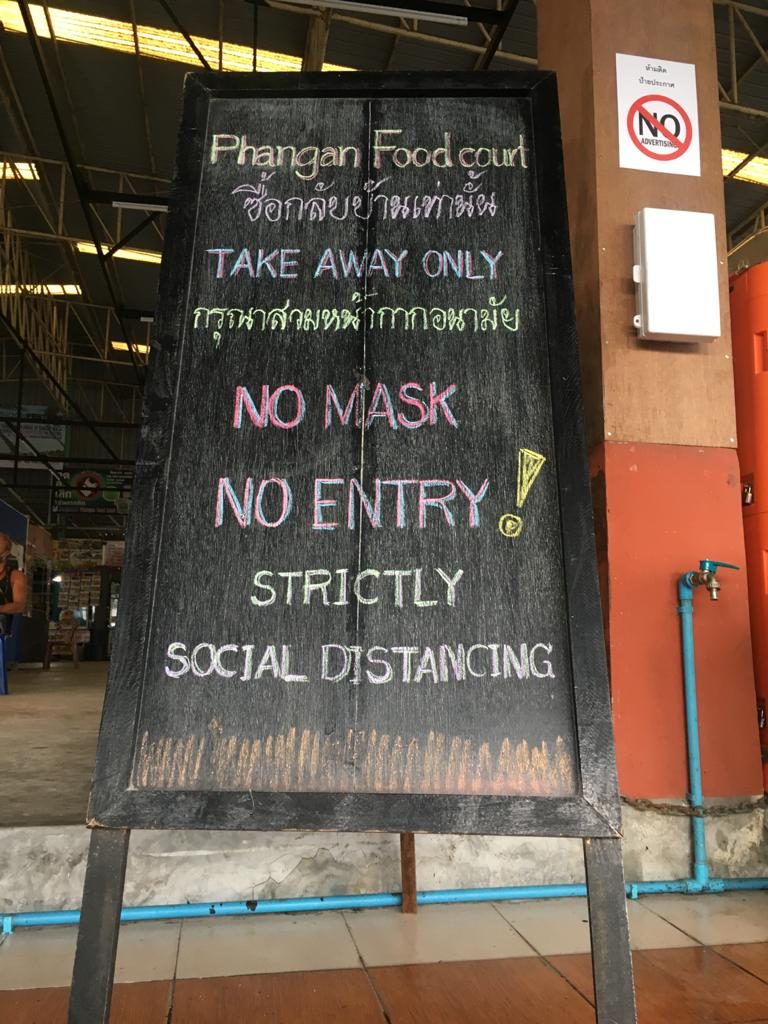 Police presence increased on the island to enforce facemask wearing. Reports even emerged that those caught without facemasks on a nearby island, Koh Tao, were made to do pushups by police.

After months of enforcing strict measures, Thailand's coronavirus cases had dwindled and no new cases had been reported in weeks. Talks of opening borders begun.

Despite a relative return to normality, most people still wore facemasks, as did we. Temperature checks at supermarkets remained in place.

Koh Phangan had one reported coronavirus case the entire length of the pandemic and had acted swiftly enough to stop it spreading. Now, that was months ago.

All-in-all, it felt like the pandemic was over, at least there it felt that way.

Getting out of Thailand 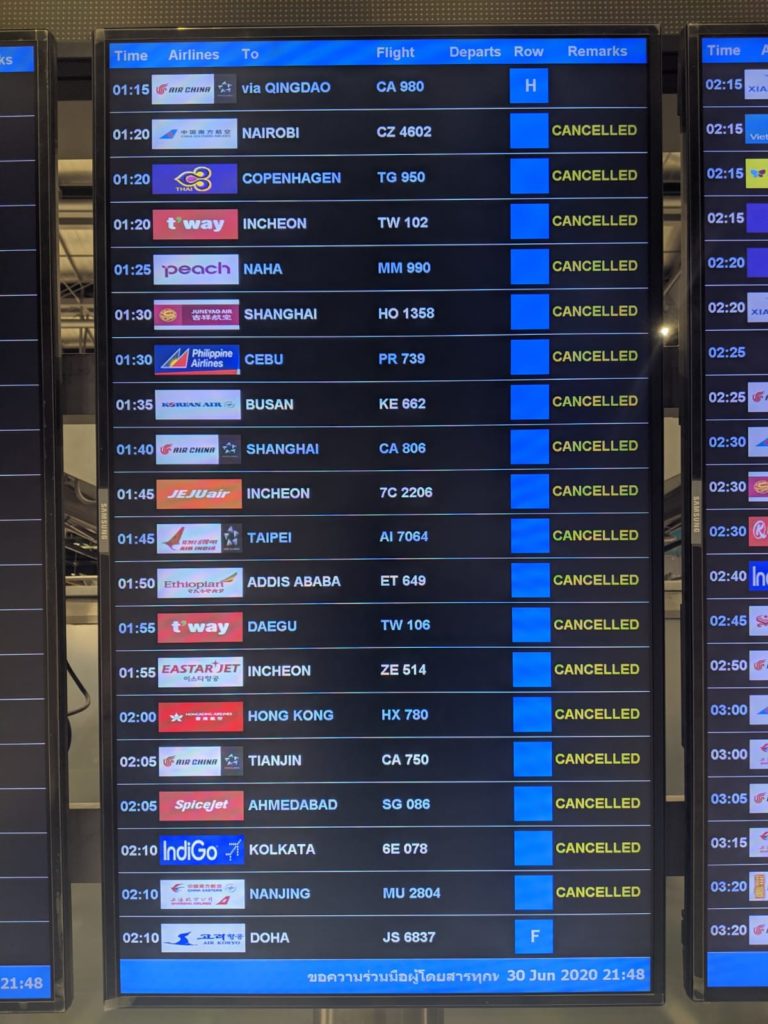 Thailand announced opening its borders in July. There was still uncertainty about visa amnesty and if it would be extended further than July 31st for foreigners.

Mass flight cancelations were still impacting those trying to leave Thailand, including us, already having one flight back to the US canceled.

However, we took one last shot at flying out of Thailand and managed to catch one of the rare flights leaving.

You can read about our experience traveling internationally amid a global pandemic here.

Armed with face masks, face shields and bottles of hand sanitizer, we left our island home after 4 months.

Transitioning to the United States

If Thailand had been one of the most successful countries at restricting the Coronavirus outbreak, the US had definitely been the worst.

This was apparent right away at the US border. No health checks were performed, no Covid-19 related questions were asked. Shockingly, it appeared as Thai 7-Eleven stores were more concerned than the US border.

I knew the US was turning a blind eye to the pandemic, but I didn't expect new international arrivals to walk through without a simple temperature check.

In Thailand, the facemask was accepted and united the nation. It was worn by both old and vulnerable and young and healthy as a show of respect and solidarity in the face of the pandemic.

However, in the US, where the country needs unity more than ever, the facemask represents more of a political stance than a preventative measure.

When success has been achieved in Asian nations that lack social stigma around facemasks, it's disturbing facemasks are still in question in the US.

Entering the US felt like taking a step back, except into a far more serious situation.

The most disturbing thing isn't the extremely high case numbers, it's the indifference at government and local levels in spite of those numbers.

But for now, it's back to quarantine for us.

How Covid-19 has changed air travel

Why you should climb 5500 steps in the dark

The hardest day of my life in the himalayas

6 thoughts on “Living a Pandemic Twice: From Thailand & to the US during COVID-19”